In 1956, Jack Snyder had a vision. He found a 200-acre parcel in the wilderness and visualized a master-planned real estate development centered around a golf course. Many years and many hurdles later, Seven Canyons was born in the heart of the red rocks, and Jack’s dream was finally realized.

Our current ownership is completing the last phase of this legacy. The final two communities, The Retreat and The Enclave, bring a modern sophistication to the diverse line of development phases. With over fifty percent sold, these residential properties are your opportunity to join the Seven Canyons family. 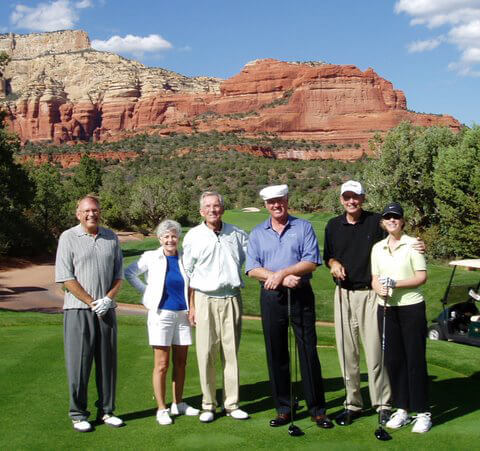 By 1961, the first playable golf course was opened, completing the first phase of Jack’s vision. Back in those days, dirt roads across red sandstone shadowed your drive to the magnificent site. It was not for the light-hearted. Due to the slow economic development of Sedona at the time, the course was closed a few years later.

Reimagined in 2000, John Lang and Dave Caven teamed up on the next wave of development. The original proposal was a luxury fractional residential community. The vision was brought to a new level of distinction.

Yet, unresolved was fitting 18 holes and a real estate development in a box canyon. Fortunately, PGA golf legend Tom Weiskopf was instantly struck with inspiration. In a matter of days, Weiskopf toured the land on horseback with a notepad. Within two weeks, the master plan for the Seven Canyons golf course was realized.

“The sheer beauty of Seven Canyons Golf Club is arresting. I consider it irreplaceable real estate.” 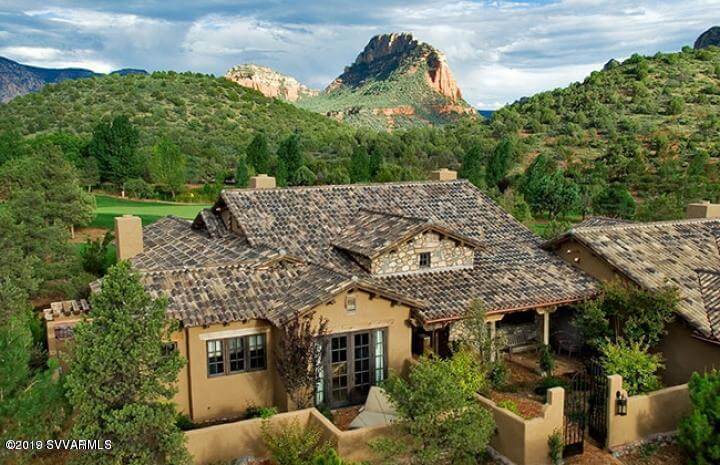 In 2007, construction was completed on the Villas at Seven Canyons, 30 luxury homes with fractional ownership opportunities offering 2,600-square-feet of elevated living. This old-world refuge quickly sold out, but with limited resale opportunities, you can still get a slice of heaven. 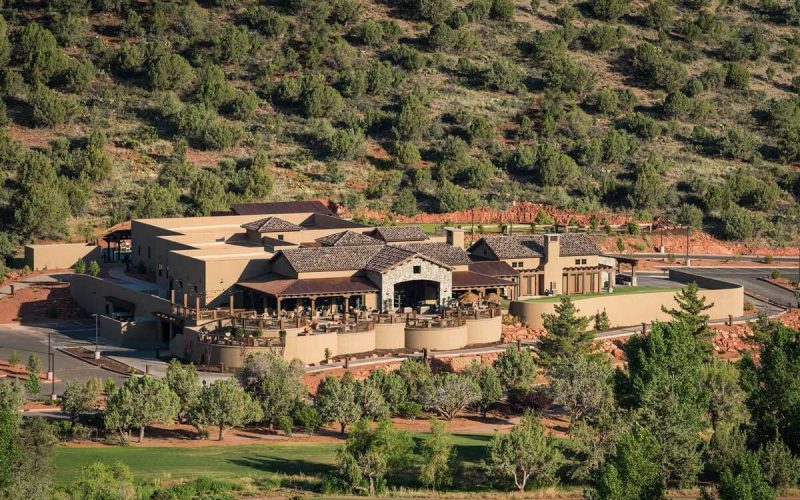 Ownership also partnered with Dorn Homes, a leading development and construction company, and cutting-edge PHX Architects to help realize the final wave of development. For the last five years, every detail of these modern and transitional homes was
carefully considered. These award-winning show stoppers will take your breath away. Many of these homes have already sold, and Dorn is working hard to bring the final wave of move-in ready homes to you soon.

On March 1st, 2022 The Club at Seven Canyons was acquired by a successful group of Seven Canyons members and property owners with plans to enrich the member experience, refresh the golf course and enhance the club’s future as a vibrant and premier private club and community. The new owners – who are Seven Canyons homeowners and loyal club members – are investing significant funds and their personal commitment to expand the vision and club offerings to enhance The Club at Seven Canyons.

It’s time for you to join the legacy!

“We have come together on this project because we are passionate about and committed to our club and community. We want to enrich the overall Seven Canyons experience for all of our members and their guests.”

~ Ownership of The New Seven Canyons 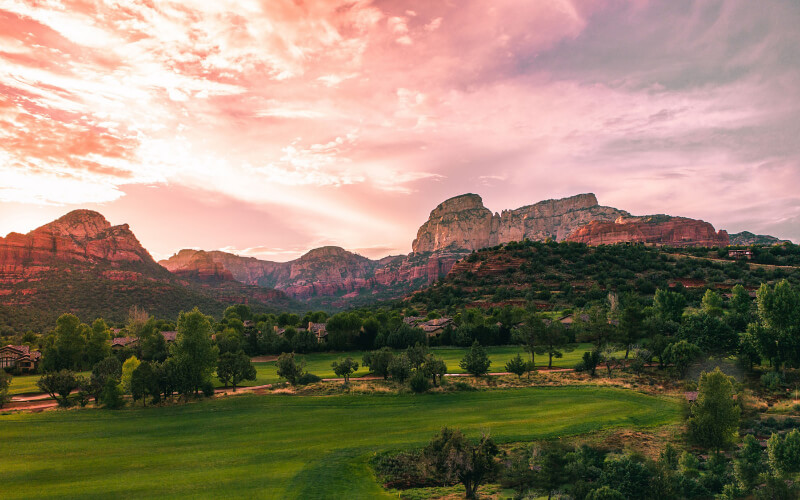 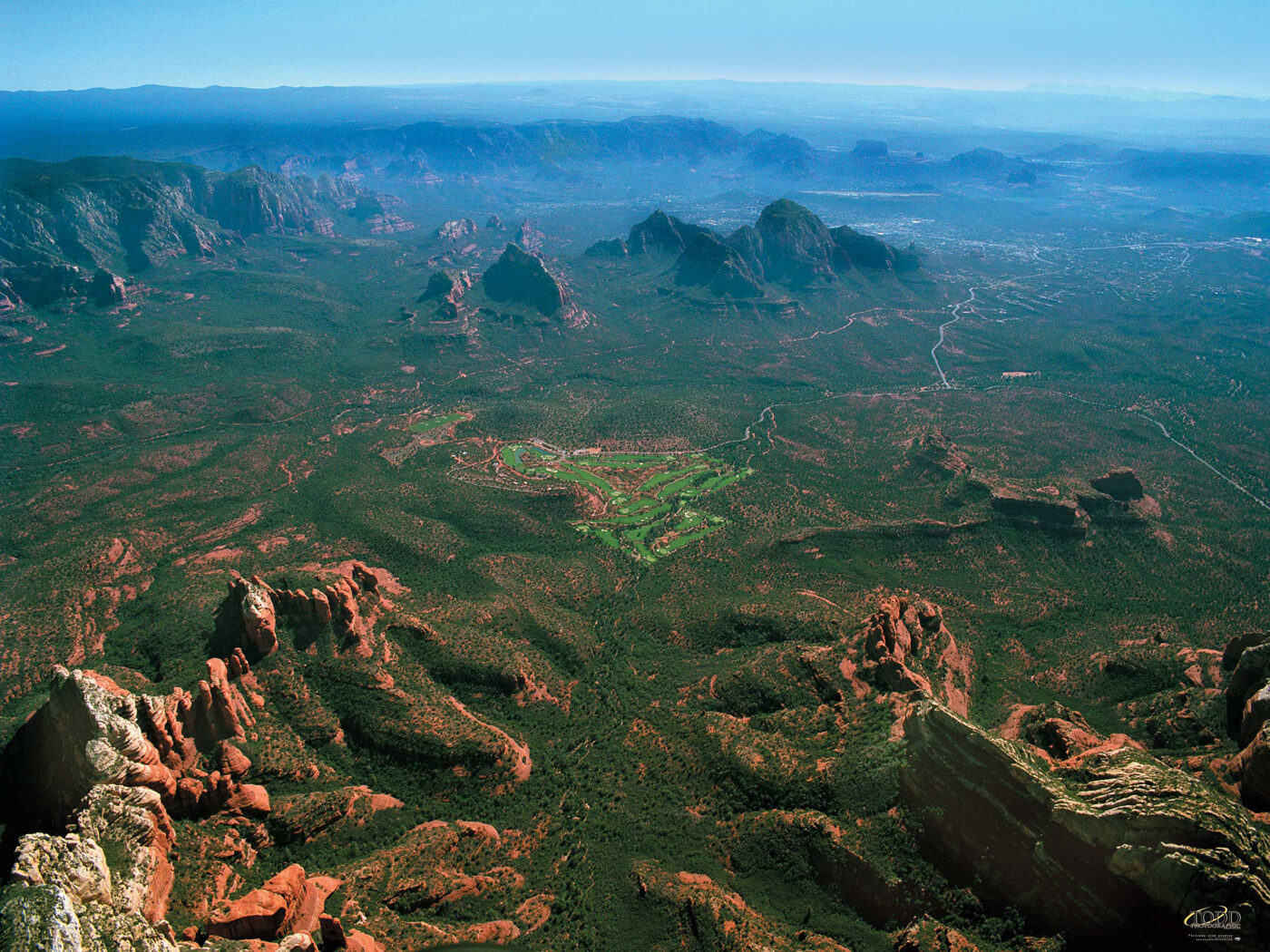